Notation: In mathematics, a random variable is usually denoted with upper case roman letters such as

. However, such notation is not consistent, and you should expect to see different notations. However, don't worry, the utilized notation would be usually reported whenever you read any article.

is a measurable function defined as

, which is from all possible space

. Let's have an illustrative example. Assume we would like to roll a dice, and the measurable event space is all numbers less than 4. Here, we have

as the outcome of rolling the dice, and we define the event as 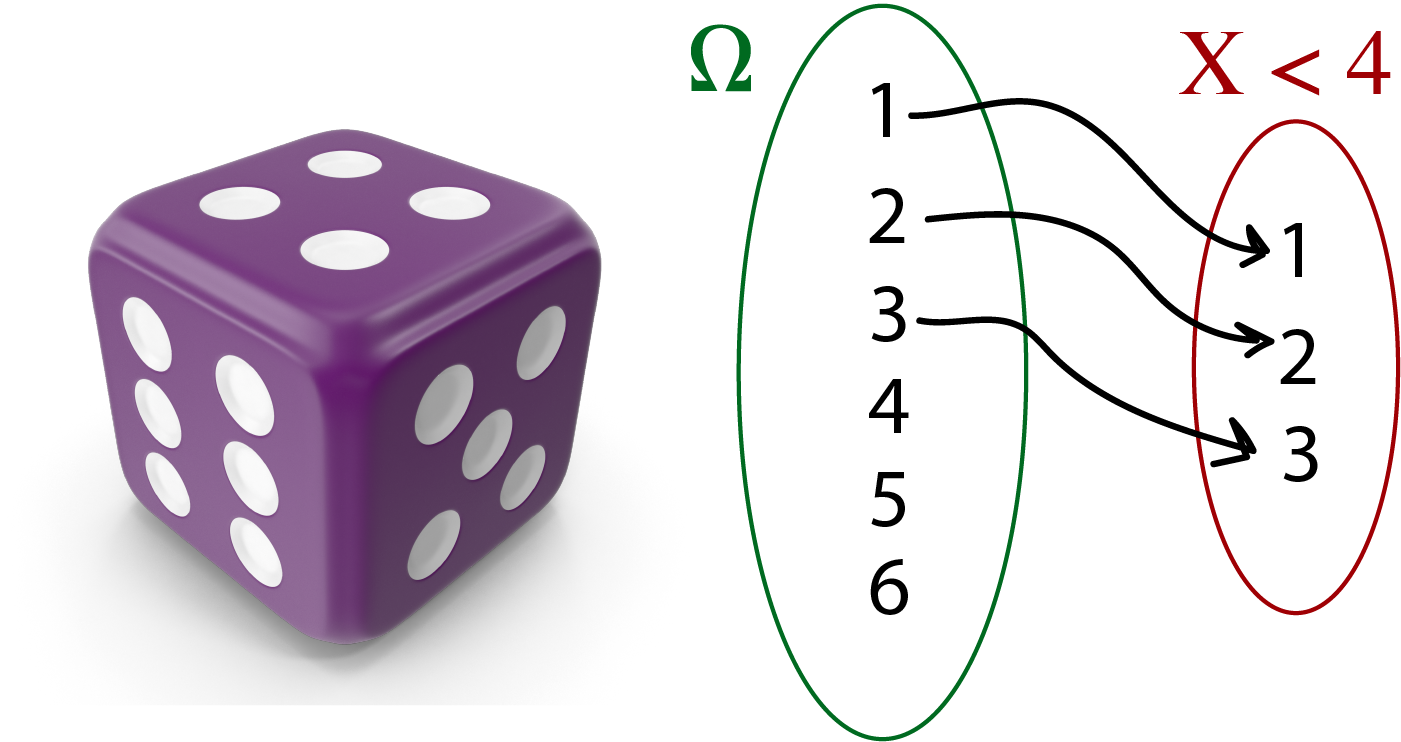