This tutorial deals with audio extraction from video using GPU accelerated libraries supported by FFMPEG in Ubuntu. The full code is available in this GitHub repository. For similar posts about video processing, please refer to Resizing a video is unbelievably fast by GPU acceleration and GPU-based video rotation FFmpeg.

FFmpeg is one of the most famous multimedia frameworks which is widely used for processing videos. In order to encode the video, certainly, a video encoder must be used. The NVIDIA GPUs a hardware-based video encoder NVENC is much faster than traditional ones. In order to be able to utilize this GPU-accelerated encoder, FFmpeg must be installed with NVENC support. The full documentation of FFmpeg integrated with NVIDIA can be found at here. documentation on NVENC can be found here. Moreover, the NVENC programming guide can be found here.

In this tutorial, the main goal is to show how to extract audio from video with GPU-accelerated libraries in Linux. In this tutorial, we do not use the terminal commands directly for employing the FFmpeg with NVENC support. Instead, the python interface is being used to run commands in the terminal. This can be done subprocess module. This module is employed for execution and dealing with external commands, intended to supersede os.sys. The trivial method os its usage will be explained in this tutorial. Please refer to this documentation for further details.

The assumption of this tutorial is that the FFmpeg is already installed with NVENC support. The installation guide can be found in FFMPEG WITH NVIDIA ACCELERATION ON UBUNTU LINUXdocumentation provided by NVIDIA.

From now on the assumption is that the .txt file is ready and well-formatted. The python script for processing videos is as below:

videos.txt is saved in the absolute path. The code reads .txt and stores each line as an item of a list files_list Each line refers to the absolute path of . The loop processes each file with subprocess.call. In each loop, the folder of the input file is found and the output file will be stored in the same directory but with naming convention which is explained by the comments in the code. , subprocess.call in the python is correspondent an empty space the terminal. As an example the correspondent shell command is as below:

This tutorial demonstrated how to extract audio from a video and specifically using FFmpeg and Nvidia GPU accelerated library called NVENC. The advantage of using the Python interface is to easily parse the .txtfile and looping through all files. Moreover, it enables the user with options which are more complex to be directly employed in the terminal environment. 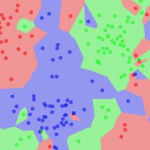 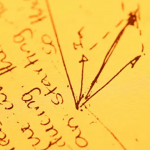 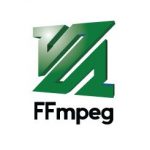