You might have heard of many different Deep Learning frameworks such as TensorFlow and PyTorch. They do everything for Deep Learning! You probably do NOT need any other framework! BUT…

Google Brain believes otherwise! In this tutorial, you become familiar with Trax and the motivations behind its development.

In this tutorial you will learn:

Here, you will NOT learn:

Why not other frameworks?

That’s a good question. Why not TensorFlow or PyTorch as they can bring cakes for you! Well, there are two issues with TensorFlow and PyTorch:

The above issues are problematic in complicated tasks, in particular. So Google Brain created Trax to help their team to write neat and concise codes for detailed studies.

One may ask Keras is very concise and is a part of TensorFlow as well. Why not Keras?

It’s a great question. Well, there is no strong argument to use Trax instead of Keras-TensorFlow at this moment. But, Trax is actively maintained by Google Brain Team, and my personal belief is that it should be more convenient for the tasks that Google Brain Team is working on!

Trax uses the JAX library. It provides high-performance computing! According to Google, “JAX uses XLA to compile and run your NumPy programs on GPUs and TPUs.” Such implementation can significantly improve the performance of Trax.

Here you become familiar with how to start with Trax and learn some basic functionalities. Let’s get started.

Installing Trax could not be more comfortable! I suggest to install it in a python virtual environment. For further details, you can refer to the following post:

Now let’s assume you installed the virtual environment and activated it. Simply run the following in the command line:

You can do the following if you want to install a specific version:

where x.x is your desired version!

First, let’s import layers to work with. As usual, we will import NumPy as well. You can investigate the full list of layers in the official documentation (layer section).

The ‘ly’ is a placeholder for the layers building block.

Above, we showcased some of the attributes. The attributes in the trax.layers.base.PureLayer object.

We use combinators to composes layers (1) serially or (2) in parallel.

To compose layers serially, we use trax.layers.combinators.Serial. You can think of it as a simple neural network with multiple layers stacked together. An example would be as follows:

You can learn more with the useful help function:

Above, create to the following output:

You can see help gives you great deal of information!

Of course, you can compose layers in parallel too! It can be done by trax.layers.combinators.Parallel. The layers that were paralleled together will be applied to a series of inputs based on determining which layer takes how many inputs and the results are going to be concatenated together.

For example, suppose one has two layers in parallel and we expect the following number of inputs and outputs for each:

Then the Parallel(A, B) object has:

Another good example can be found in the official documentation.

You can define a custom layer with trax.layers.base.Fn. It can be define as follows:

That lead to the following output:

Ok, that was a brief overview of Trax layers with some examples. Feel free to explore more!

In this tutorial, I talked about Trax, the new Google Brain Deep Learning framework. Here, some of the main advantages of Trax and its high-level structure was described. In future tutorials, I will go through how to train a neural network with Trax in a real-world application.

Stay tuned and feel free to comment below if you have any questions and point of view. 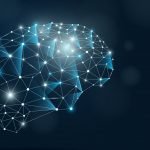 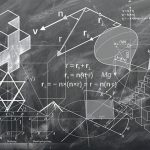 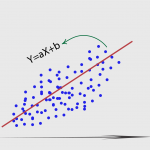